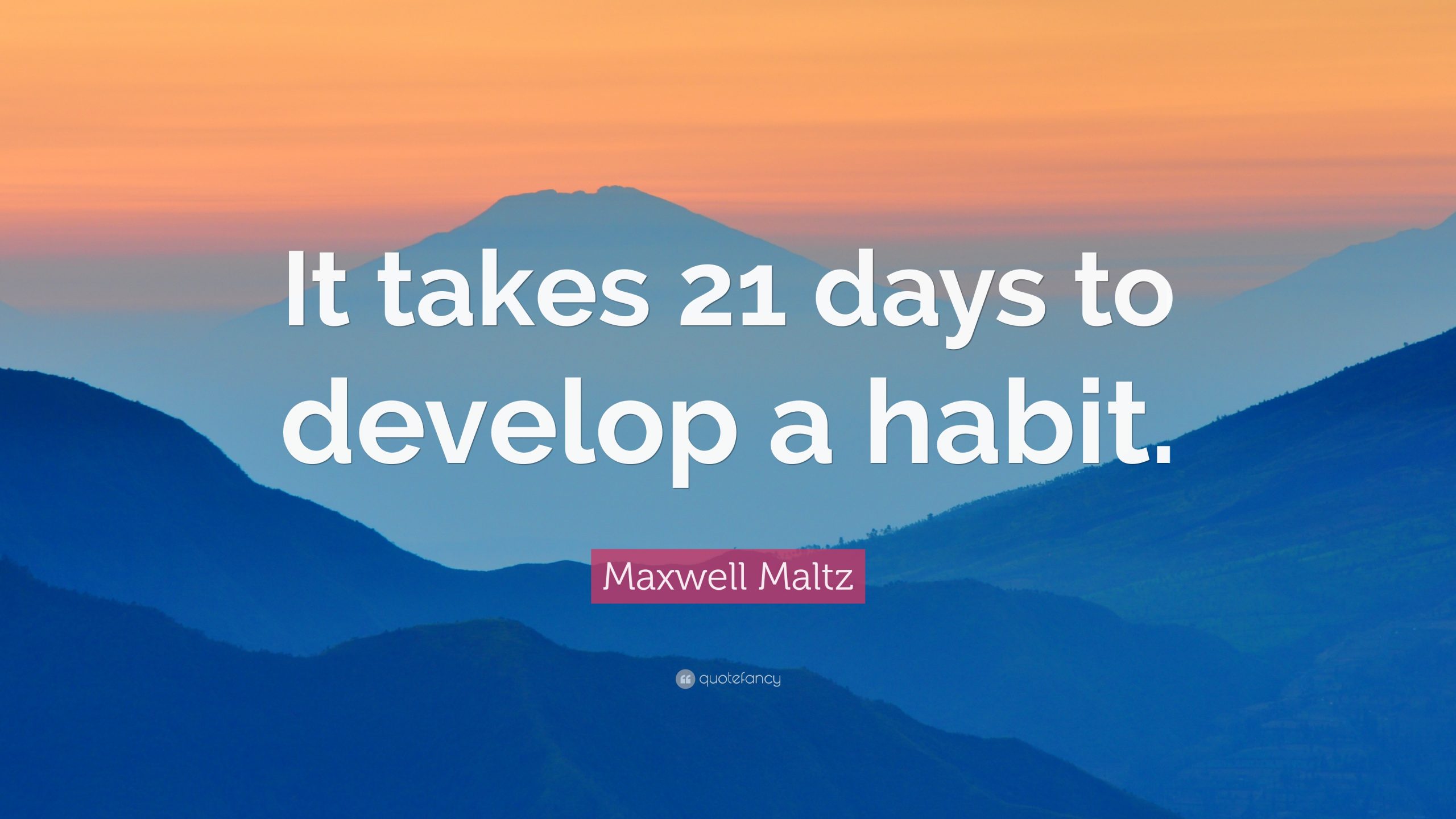 Ever heard of the 21 Day Habit Theory?

Well…here it is….The 21 Day Habit Theory was first introduced by Maxwell Maltz in the 1950s. His research concluded that “many…. commonly observed phenomena tend to show that it requires a minimum of about 21 days for an old mental image to dissolve and a new one to jell.”

Word spread as the theory caught human imagination and soon became drawing room conversation with everyone discussing how  “It takes 21 days to form a new habit”. This concept which took root in the minds of people then holds good even today.

So is the 21 day theory accurate? Should one believe it? Or is it a myth?

No clear cut answers here. But accurate or not, it could be a good way of persistently working hard on something in the belief that the goal will be achieved in 21 days. And chances are it may actually happen! Which is not to say that exactly on Day 22 you’d have made it… it could be 20 days or it could be 25 …but 21 can be a good number to focus on.

We all want to form good habits, as also get rid of some no-so-good ones. So while 21 days could be a good time frame for acquiring a new good habit it could also be a good duration for letting go of a bad one.

Getting used to a new routine or making a new habit a part of your lifestyle is never easy. The initial days are bound to be challenging, and losing motivation and going off track is not uncommon. But if the start date and end date are defined it may be an easier transition.

Given the present scenario, when by an act of providence, we all have been granted exactly 21 days to live as we want to, this may be a perfect time to get started.

So have your pick:

Perhaps there wouldn’t be a better time than this to get started on some of these if they have been on your mind…or any other that you’ve been contemplating.

Your time starts now….. and Day 1 is gone already.

Day 1 of the lockdown that is….not Day 1 of your resolve…

So get started and get going….

For more on the 21 Day Habit Theory and other ideas you might like to explore these links:

So, get going, and share with us any new good habit that you have resolved to form in these 21 days!