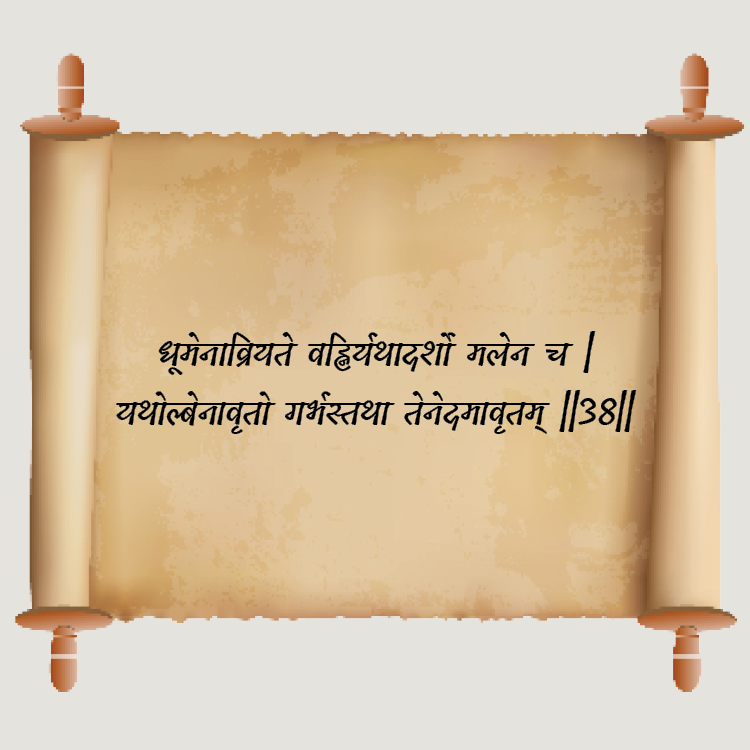 Of all the challenges that human beings face in their lives the ability to overcome desire or desires is the toughest. It could be a desire to earn more money no matter how, to gain power to rule over others, or to succumb to lust. Most forms of desire broadly fall under these three driving forces – money, power or lust.

While these distinguish humans from other species and make them superior to other life forms they are not the only qualities that set them apart. The ability to recognise right and wrong, fair and unfair, just and unjust is also a unique gift humans are blessed with. Unfortunately this innate ability to discern good from bad is not always put to proper use, and certainly not often enough. And so we frequently fail to see what may lie behind an attractive façade and so succumb to inappropriate desire and perform unacceptable deeds.

Similarly, though we know in  our heart of hearts what is right but we choose to not face it and instead go by the outward appearance of what is visible to us, and what we want the reality to be. To see through the smoke or dust requires conviction that we may not have, and effort which we are not always willing to make.

To justify our disagreeable acts, and so as to conveniently succumb to avoidable desire we alter the reality that may prick our conscience, into a version that suits us and helps us legitimise the path we take.