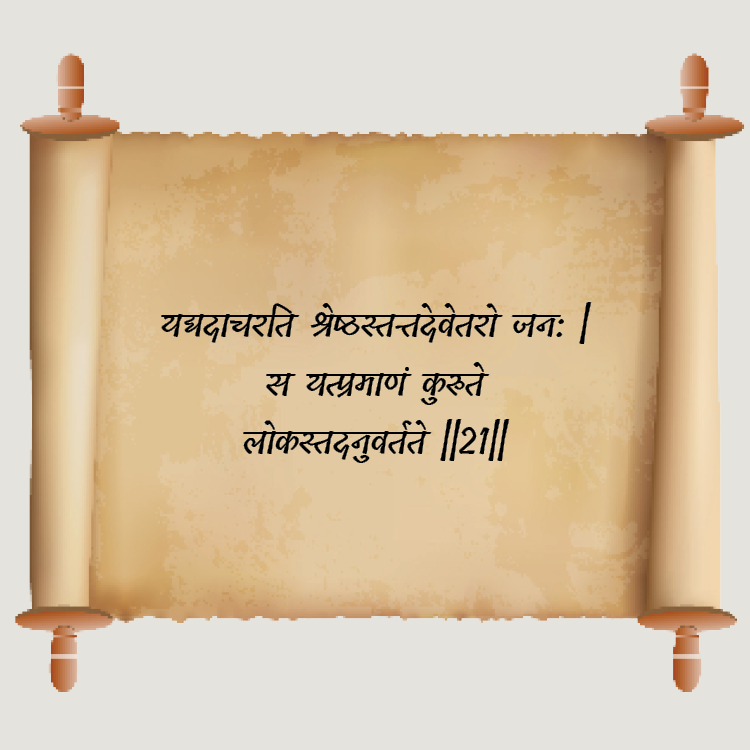 3.21: Whatever actions a great person performs, common people follow. Whatever standards they set by performing exemplary acts, the world follows in those footsteps.

Most people feel the need to have a role model to follow. This can be a political leader, a spiritual guru, a mentor, a teacher, a senior, a parent, a celebrity or a historical figure. Human beings are inspired by the ideals that they see in people they admire and try to emulate these in real life. Role models play a very important part in the character development and sometimes even in the actions of the masses. It is possible that they may also emerge as popular leaders and eventually wield a lot of power over the minds, and indeed lives, of common people.

Leaders therefore carry a huge responsibility on their shoulders and have a moral responsibility to live an impeccable life and inspire others by their words, deeds, and character. When leaders are exemplary in their conduct society naturally looks up to them for setting standards of morality, selfless  service, moral courage, and spiritual strength. 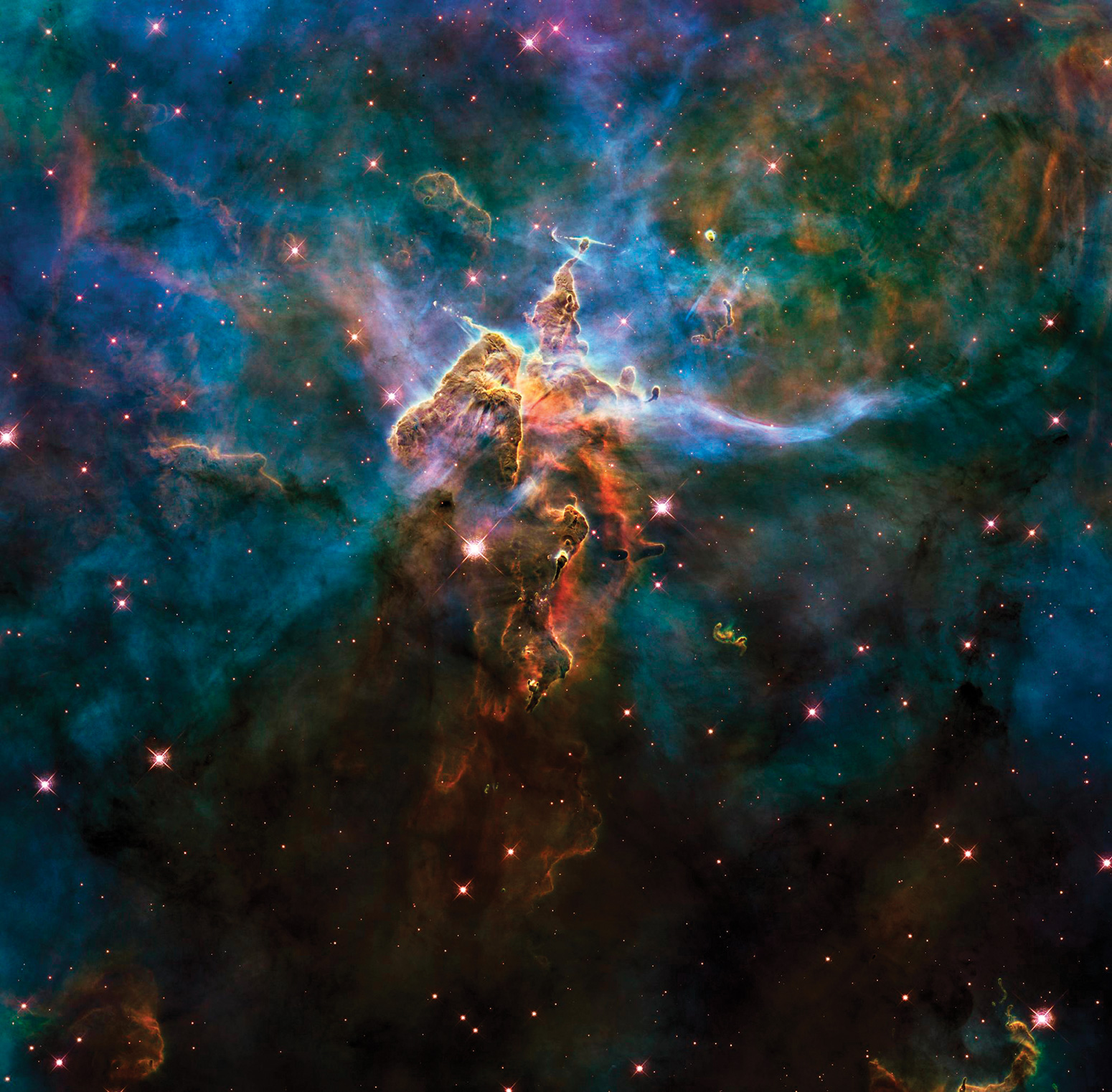 If there is a gap in presence of inspirational leadership then society may experience waywardness, moral bankruptcy, and deflection from the spiritual path. Therefore  leaders are in an important cog in the wheel that keeps the moral fibre of social groups or individuals on the path of positive growth.

Leaders and change makers may have personally risen above having to perform mundane tasks but doing these helps people identify with them. For instance, when a district magistrate cycles to office she does it not because she lacks other means of transport but to set an example to others. This act of actually cycling as compared to delivering a speech on the merits of cycling, is a far more effective way of getting the message across.

In another scenario, when the commander of a military unit leads from the front he is giving a message to the soldiers to fight fearlessly. On the other hand, if he were to issue instructions sitting in a safe place himself the men may not feel motivated to do their best.