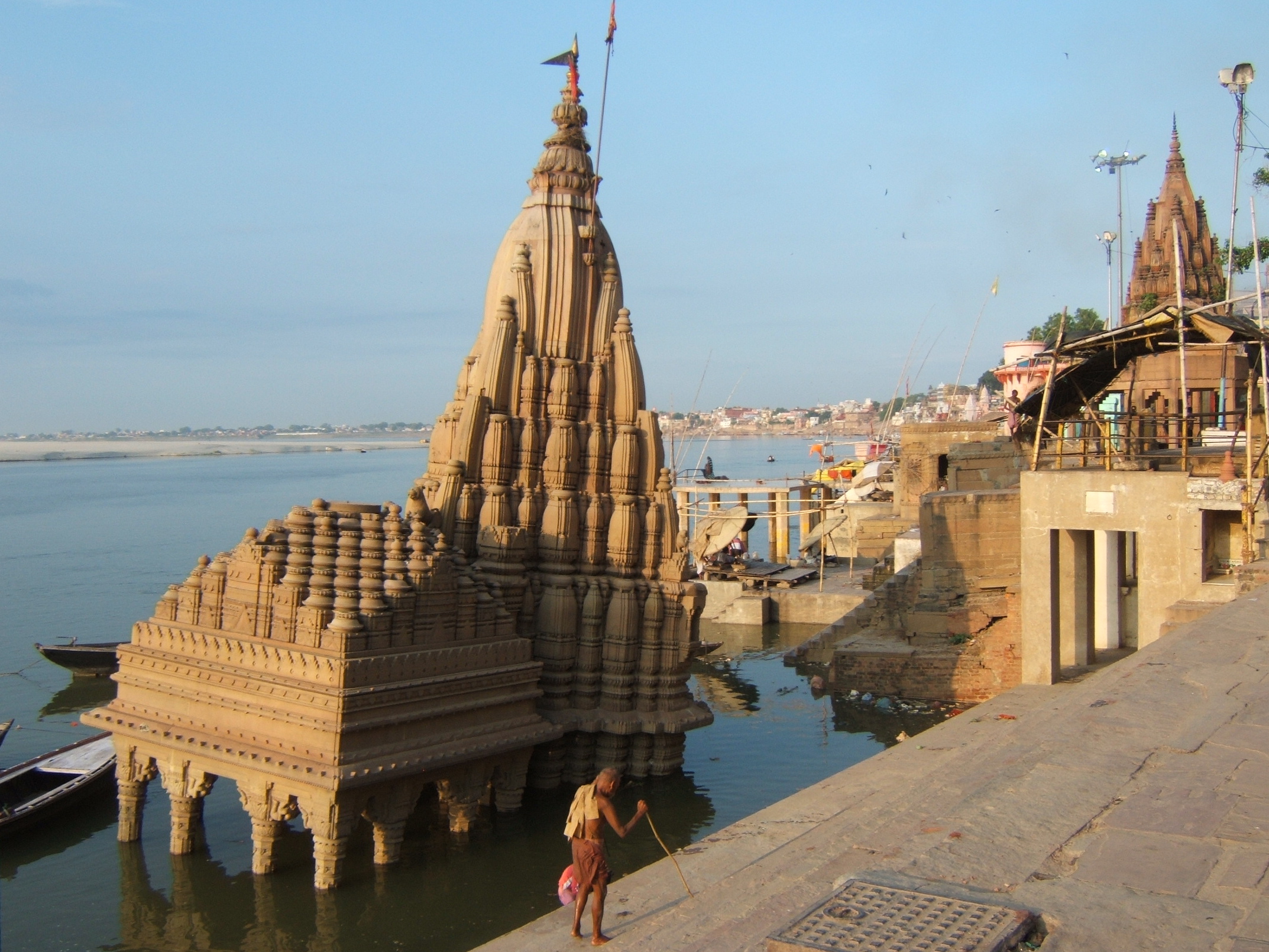 Of the 87 well-known ghats of Varanasi Scindia Ghat is one of the prominent ghats.

One of the most picturesque ghats of Varanasi, Scindia Ghat, is unique in more ways than one. It is identified by the tilted Shiva temple, which lies partially submerged in the Ganga. The sheer weight of the ghat which was built more than 150 years ago caused the temple to tilt and move deeper into the water. It is believed the temple is sinking continuously since then and it will eventually be submerged in the water.

The Ghat is named after the Scindias, who built it in 1830. Scindia Ghat, also known as Shinde Ghat, borders the famous Manikarnika Ghat to the north. Above the Ghat, several of Kashi’s most influential shrines are located within the tight maze of alleys of Siddha Kshetra (Field of Fulfillment). These shrines are dedicated to Annapurna, Ankatha, Mritunjay Mahadev, Tulsi Manas and Sankatmochan.

According to tradition, Agni, the Hindu God of Fire was born here. Hindu devotees  at this place offer prayers to Vireshwara, the Lord of all heroes, in the hope of being blessed with a son. Devotees arrive at the Ghat early in the morning for meditation and prayers. People come to this Ghat from all the corners of the country for taking a holy bath in the river Ganga in the belief that this will rid them of all their past sins.

There is always a steady flow of sightseers who come to get a view of the submerged temple. Boating alongside Scindia Ghat is also a favourite tourist attraction. Boat rides are recommended as early morning or late evening activities.