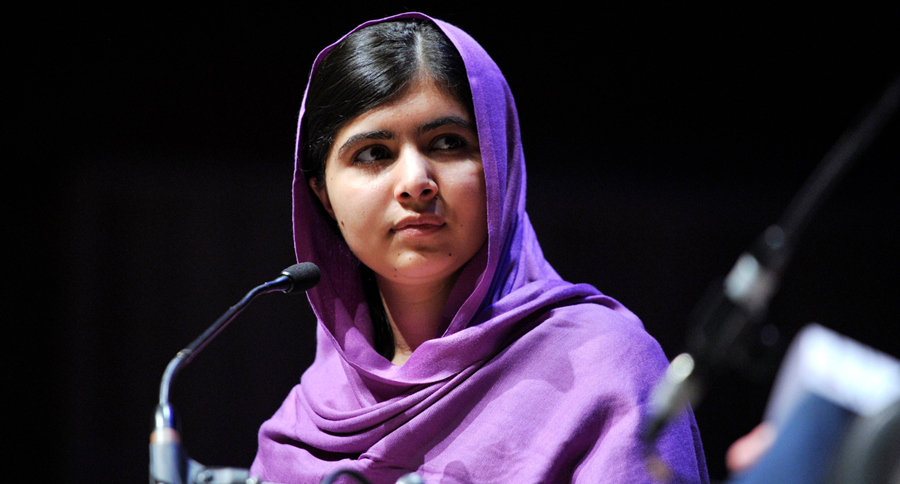 Malala Yousafzai was born on July 12, 1997, in Mingora, the largest city in the Swat Valley in what is now the Khyber Pakhtunkhwa Province of Pakistan. She is the daughter of Ziauddin and Tor Pekai Yousafzai and has two younger brothers.

At a very young age, Malala developed a thirst for knowledge. For years her father, a passionate education advocate himself, ran a learning institution in the city, and school was a big part of Malala’s family. She later wrote that her father told her stories about how she would toddle into classes even before she could talk and acted as if she were the teacher.

In 2007, when Malala was ten years old, the situation in the Swat Valley rapidly changed for her family and community. The Taliban began to control the Swat Valley and quickly became the dominant socio-political force throughout much of northwestern Pakistan. Girls were banned from attending school, and cultural activities like dancing and watching television were prohibited. Suicide attacks were widespread, and the group made its opposition to a proper education for girls a cornerstone of its terror campaign. By the end of 2008, the Taliban had destroyed some 400 schools. 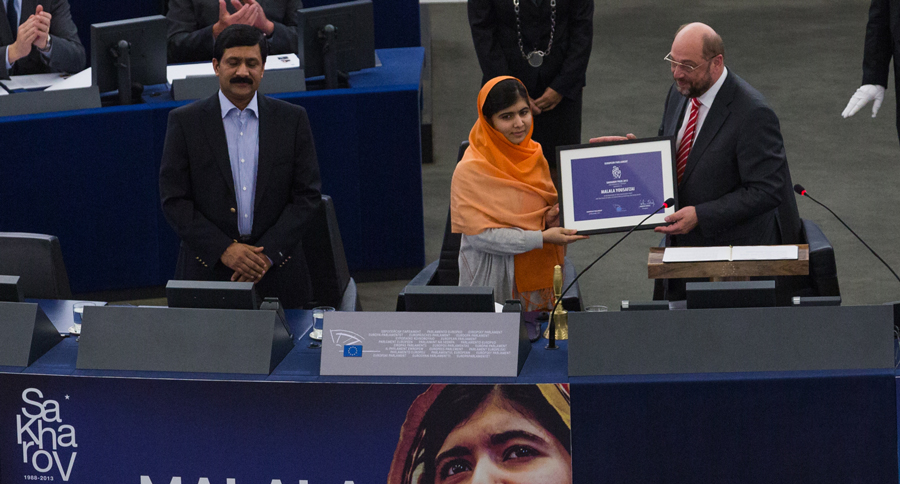 Determined to go to school and with a firm belief in her right to an education, Malala stood up to the Taliban. Alongside her father, Malala quickly became a critic of their tactics. “How dare the Taliban take away my basic right to education?” she once said on Pakistani TV.

In early 2009, Malala started to blog anonymously on the Urdu language site of the British Broadcasting Corporation (BBC). She wrote about life in the Swat Valley under Taliban rule, and about her desire to go to school. Using the name “Gul Makai,” she described being forced to stay at home, and she questioned the motives of the Taliban.

Malala was 11 years old when she wrote her first BBC diary entry. Under the blog heading “I am afraid,” she described her fear of a full-blown war in her beautiful Swat Valley, and her nightmares about being afraid to go to school because of the Taliban.

Pakistan’s war with the Taliban was fast approaching, and on May 5, 2009, Malala became an internally displaced person (IDP), after having been forced to leave her home and seek safety hundreds of miles away.

On her return, after weeks of being away from Swat, Malala once again used the media and continued her public campaign for her right to go to school. Her voice grew louder, and over the course of the next three years, she and her father became known throughout Pakistan for their determination to give Pakistani girls access to a free quality education. 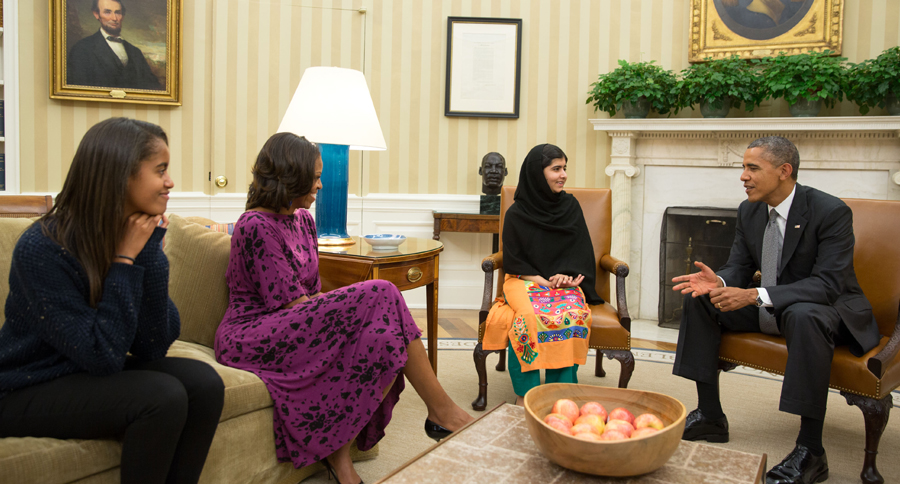 Her activism resulted in a nomination for the International Children’s Peace Prize in 2011. That same year, she was awarded Pakistan’s National Youth Peace Prize. But, not everyone supported and welcomed her campaign to bring about change in Swat. On the morning of October 9, 2012, 15-year-old Malala Yousafzai was shot by the Taliban.

Seated on a bus heading home from school, Malala was talking with her friends about schoolwork. Two members of the Taliban stopped the bus. A young bearded Talib asked for Malala by name, and fired three shots at her. One of the bullets entered and exited her head and lodged in her shoulder. Malala was seriously wounded. That same day, she was airlifted to a Pakistani military hospital in Peshawar and four days later to an intensive care unit in Birmingham, England.

Once she was in the United Kingdom, Malala was taken out of a medically induced coma. Though she would require multiple surgeries, including repair of a facial nerve to fix the paralyzed left side of her face, she had suffered no major brain damage. In March 2013, after weeks of treatment and therapy, Malala was able to begin attending school in Birmingham.

After the shooting, her incredible recovery and return to school resulted in a global outpouring of support for Malala. On July 12, 2013, her 16th birthday, Malala visited New York and spoke at the United Nations. Later that year, she published her first book, an autobiography entitled “I Am Malala: The Girl Who Stood Up for Education and Was Shot by the Taliban.”

On October 10, 2013, in acknowledgement of her work, the European Parliament awarded Malala the prestigious Sakharov Prize for Freedom of Thought.

In 2014, through the Malala Fund, the organization she co-founded with her father, Malala travelled to Jordan to meet Syrian refugees, to Kenya to meet young female students, and finally to northern Nigeria for her 17th birthday. In Nigeria, she spoke out in support of the abducted girls who were kidnapped earlier that year by Boko Haram, a terrorist group which, like the Taliban, tries to stop girls from going to school.

Today, the Malala Fund has become an organization that, through education, empowers girls to achieve their potential and become confident and strong leaders in their own countries. Funding education projects in six countries and working with international leaders, the Malala Fund joins with local partners to invest in innovative solutions on the ground and advocates globally for quality secondary education for all girls.

Currently residing in Birmingham, Malala is an active proponent of education as a fundamental social and economic right. Through the Malala Fund and with her own voice, Malala Yousafzai remains a staunch advocate for the power of education and for girls to become agents of change in their communities.