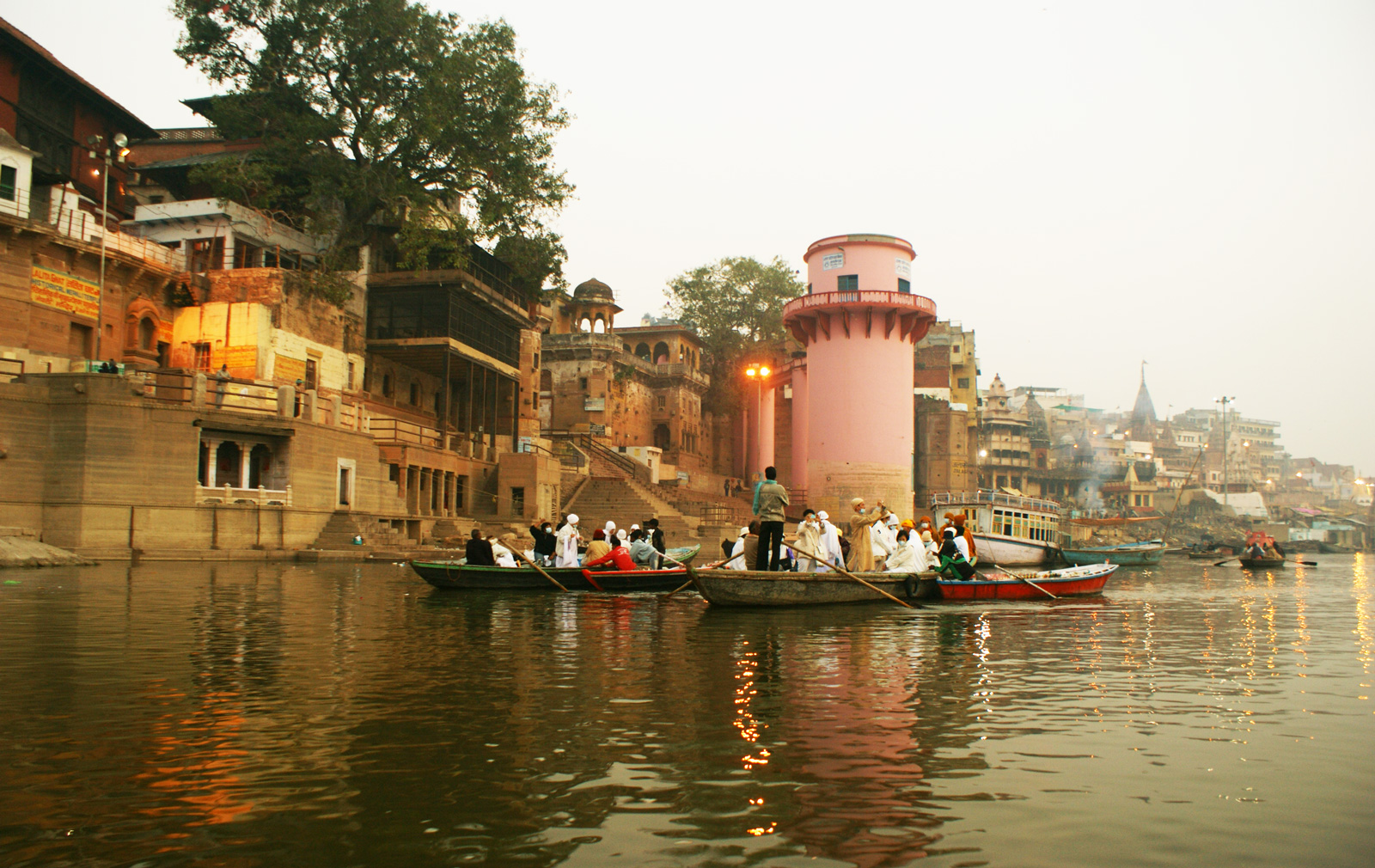 Of the 87 well-known ghats of Varanasi Lalita Ghat is one of the prominent ones.

Lalita Ghat is made of red sandstone and is dotted with several temples. This ghat is named after the revered local goddess, Lalita. Goddess Lalita is believed to be one of the incarnations of Goddess Durga. The Ganga Keshav Lingam along with the shrines of Gangatitya, Kashi Devi, Lalita Devi and Bhagirath Tirtha are the major attractions of Lalita Ghat.

It is popularly believed that a glimpse of Lalita Devi bestows blessings on the beholder and the goddess removes all problems and showers prosperity on her devotees. Goddess Lalita is one of the group of ten goddesses of Hindu belief, collectively called Mahavidyas or Dasha-Mahavidyas. She is the foremost and the most important of the Dasha-Mahavidyas. All other Mahavidyas, lead to and conclude in her vidya, i.e. Sri Vidya. Her consort is Maha Kameswara. She is the most exalted form of Goddess Adi Shakti. Parvati is the complete incarnation of Lalita Maha Tripura Sundari.

Between 1800 to 1804, King of Nepal, Rana Bahadur Shah took exile in Varanasi and named himself Swami Nirgunanda. During his exile, he started construction of a replica of the famous Pashupatinath Temple of Kathmandu in Varanasi. However, he had to return to Nepal before the completion of the work.

On 25 April 1806, Rana Bahadur Shah was stabbed to death by his stepbrother, Sher Bahadur Shah. His son Girvan Yuddha Bikram Shah Deva continued the task of construction of the temple (now called Nepali Mandir), a dharamshala and Lalita Ghat. The wooden temple is built in typical Nepali style. The impressive temple houses an image of Pashupatinath, the manifestation of Lord Shiva and is a popular site among painters, photographers and tourists.