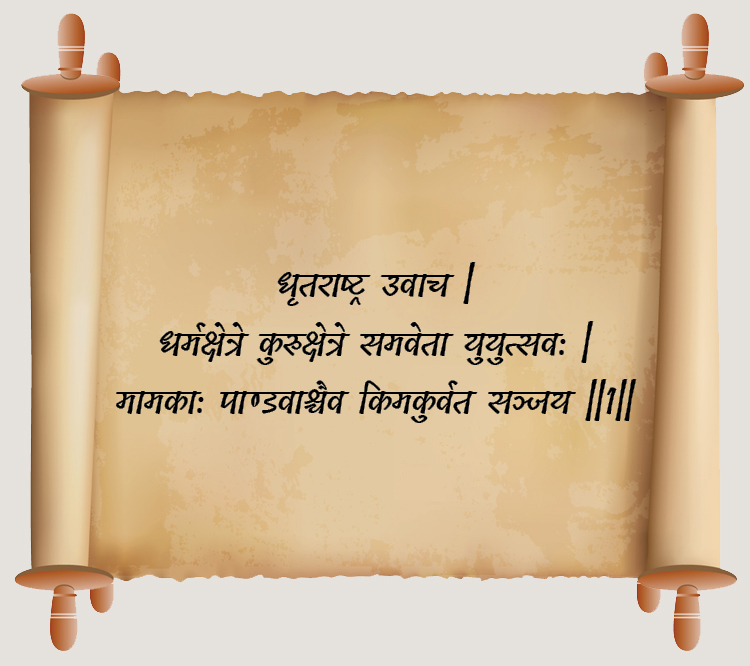 1.1: Dhritarashtra said: O Sanjay, after gathering on the holy field of Kurukshetra, and desirous to fight, what did my sons and the sons of Pandu do?

The armies of Kaurvas and Pandavas  had gathered on the battlefield of Kurukshetra. Both sides were in a state of readiness to fight as there was no hope of a settlement. Knowing all this fully well, King Dhritarashtra still asked Sanjay what his sons and his brother Pandu’s sons were doing on the battlefield. It was obvious that the battle was about to begin then why did he ask this question? 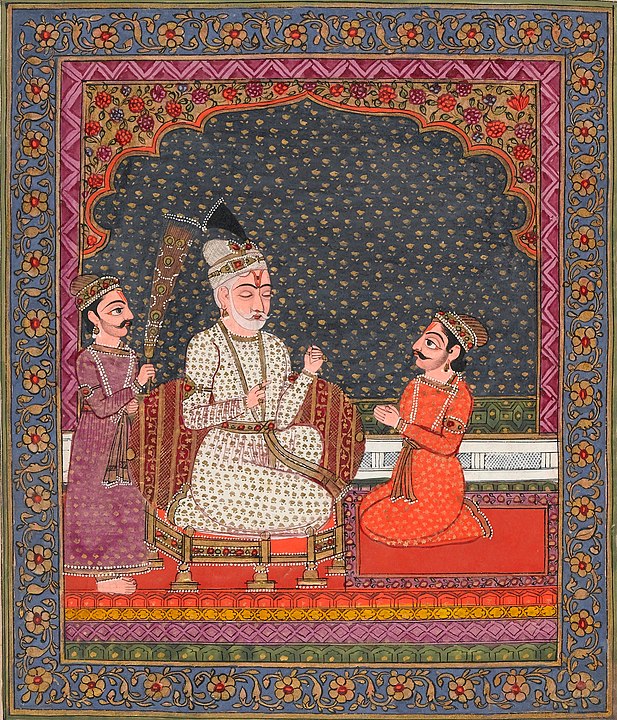 Seated on the throne and served by an attendant waving a whisk made of peacock feathers, the blind king Dhritarashtra listens as the narrator Sanjaya relates the events of the battle between the Kaurava and the Pandava clans.

Blinded by his love for his sons, one feels Dhritarashtra’s judgement was clouded and he failed to see the reality. Conscious in his heart of hearts, that injustice had been done towards his brother’s sons – by himself and his sons — he felt occasional pangs of guilt. Knowing that the Pandavas were able warriors he was apprehensive of the outcome of this battle.

In asking Sanjay, why the armies had gathered it appears he is almost in a hurry to hear that the battle has ensued and soon his sons would have won the war. In his eagerness for the battle to begin he seems to be hastening his own and his sons’ end.

A critical commentary of how an error of judgement, blind love for one’s children and a subjective view of their character and capabilities can have disastrous, even fatal, consequences.