The Ghats of Varanasi 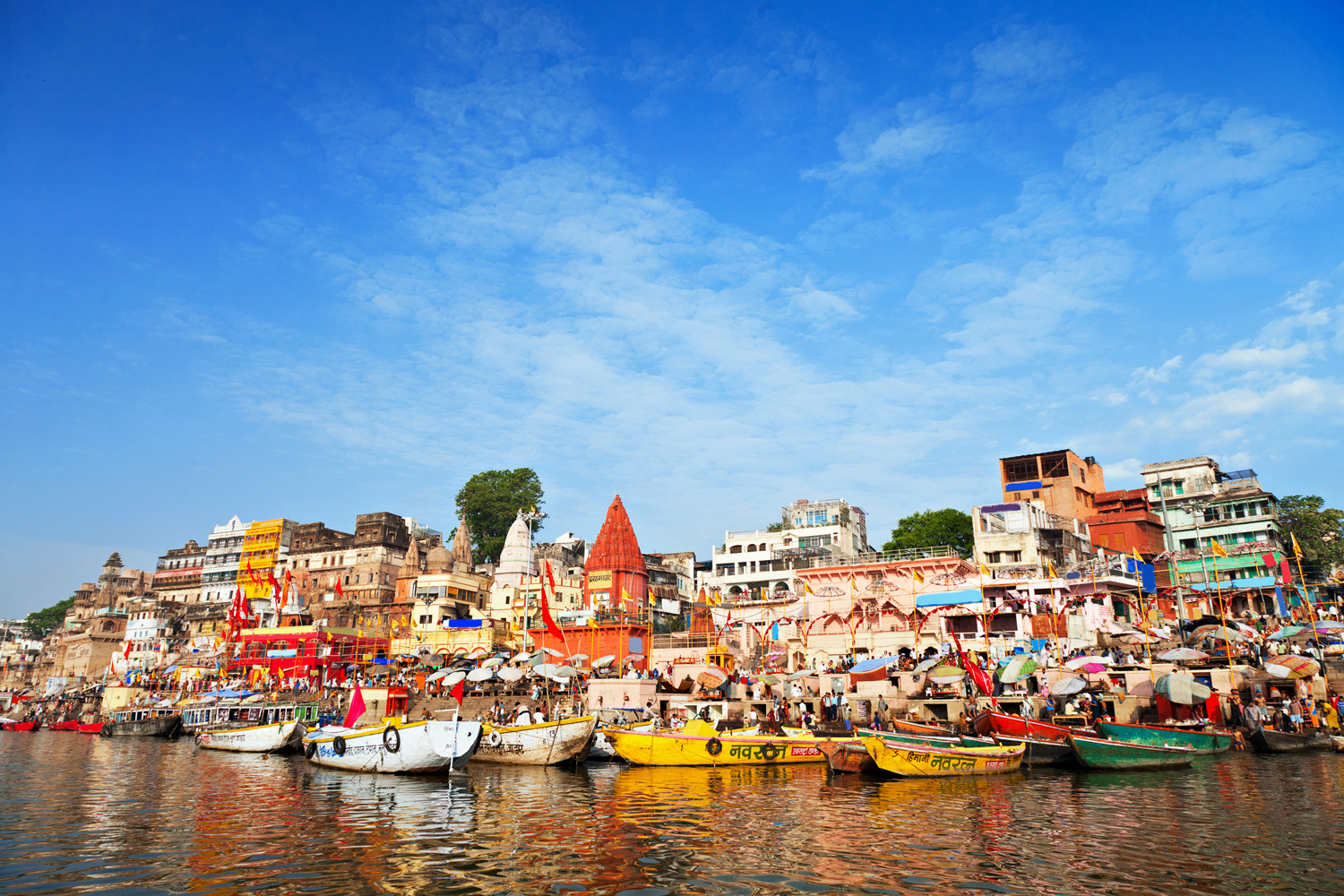 Varanasi, earlier known as Benares, is one of the holiest cities of India and is identified by its numerous temples and ghats. Kashi, as it is traditionally called, is highly revered by Hindus and Jains. The famous ghats of Varanasi are set on the banks of the Ganges, a river held sacred by Hindus. The ghats offer themselves as preferred site for performing a variety of religious rituals.  River Ganges, or the Ganga, holds a special significance in Hinduism and devotees look upon it as a goddess or a divine being. It is believed that Ganga was sent to the earth to help civilization flourish and so is considered to be a lifeline for humankind in more ways than one. It is the presence of the Ganga, along with other beliefs, that make Varanasi a holy city.

Varanasi, is also a historical city. It is one of the oldest inhabited cities in the world, which has settlements that date back to the 11th century. However, the faithful believe that the city is 3000 years old and was brought to life by the Hindu deity, Lord Shiva. A vast number of ghats in Varanasi are a living proof of its rich cultural and spiritual heritage. It is commonly believed that dying in Varanasi ensures nirvana, i. e. salvation. And so ageing believers from distant places come to Varanasi to spend their last days there.

To facilitate easy access to the river, the city has many ghats, which are basically a series of steps which lead to the water. There are close to a hundred ghats along the river Ganges. Most of the ghats are bathing and puja ceremony ghats, while two are exclusively for the purpose of cremation.

Most of the ghats were rebuilt in the 18th century when the city came under Maratha rule. The patrons of current ghats are the Scindias, Holkars, Bhonsles and Peshwas. While many ghats are privately owned most are associated with legends and mythological figures.

The sights and sounds at the ghats that await a casual visitor are overwhelming to say the least. From the blowing of the conch shells to chanting of mantras, from aratis and pujas to exciting boat rides, from taking a dip in the holy water to anxious mothers calling out to their wandering offspring, the visuals and sounds are a treat for the senses. On the one hand, are astrologers unrolling the future and palm readers pouring over the palm of a curious tourist, while not far away are tech-driven horoscopes flowing out of a printer in a computer shop nearby. While sparsely clothed sadhus walk around in hordes with ash smeared on their bodies, there are odds and ends being sold out of tiny shops – an interesting reminder that the ghats not only offer spiritual solace to some but also a bustling business to others.

Details of most of the close to hundred ghats are well documented but some continue to survive in the unorganized space.  Listed below are 87 of the well-known ghats of Varanasi: