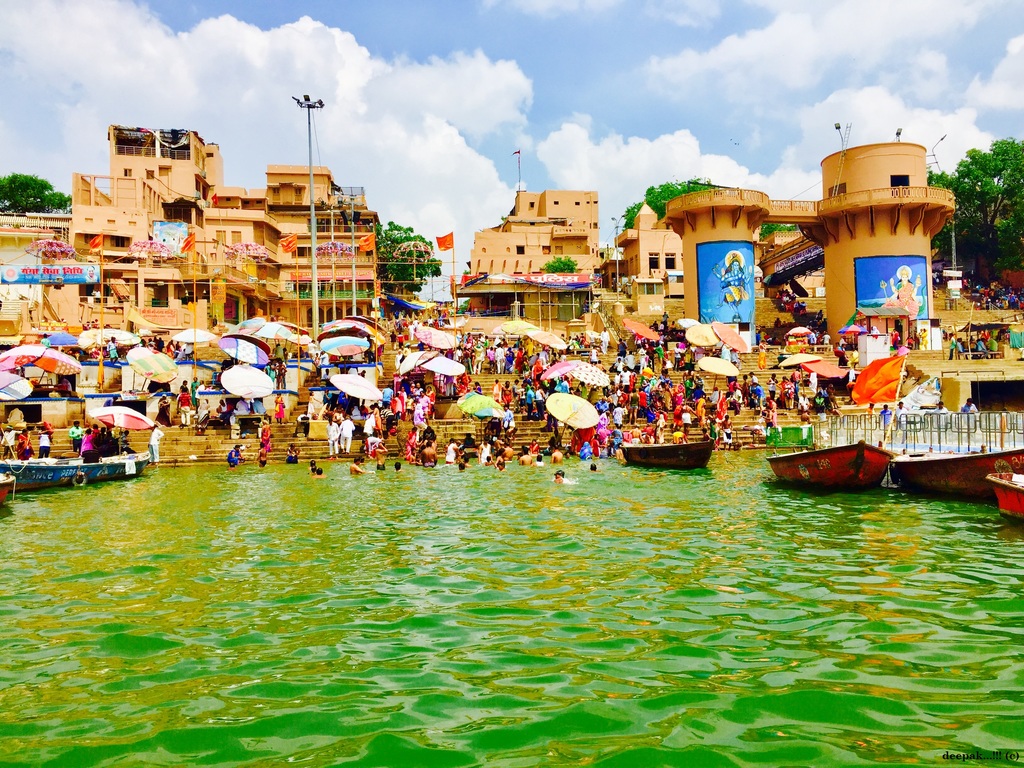 The present ghat was built by Peshwa Balaji Baji Rao in the year 1748. A few decades later, Ahilyabahi Holkar, the Queen of Indore rebuilt the ghat in the year 1774. Close to the ghat, overlooking the Ganga lies the Jantar Mantar, an observatory built by Maharaja Jai Singh of Jaipur in the year 1737.

Two Hindu mythological beliefs are associated with the Ghat. Some believe that Lord Brahma created it to welcome Lord Shiva, while according to others Lord Brahma sacrificed ten horses in a yajna here.

Dashashwamedha Ghat is Varanasi’s most popular and accessible bathing ghat.  Its name means  sacrifice of ten horses, and is derived from an elaborate series of sacrifices performed by Brahma. The sacrifices were perfectly executed and Brahma went on to establish the Brahmeshvara lingam here. Since that time, Dashashwamedha has become one of the most celebrated pilgrimages for Hindus. It is believed that simply by bathing at this revered ghat devotees can reap the benefits of the sacrifice performed by Brahma.

Owing to its religious and ritualistic significance Dashashwamedh Ghat receives a steady stream of visitors and devotees. Scores of sadhus perform religious rituals along the river Ganga.

As a tribute to Brahma’s offering even today, a group of priests offers prayers every evening at this ghat. This is the “Agni Pooja” (worship of fire) wherein a dedication is made to Lord Shiva, River Ganges, Surya (sun), Agni (fire), and indeed the entire universe. 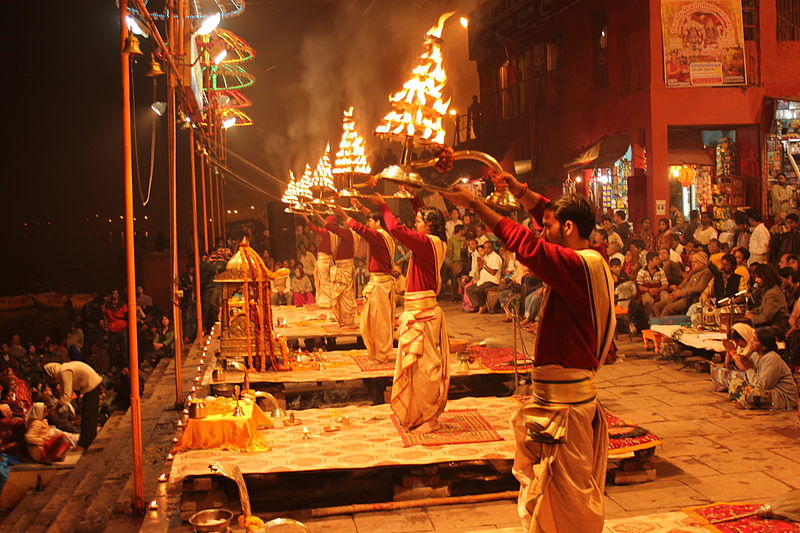 The most significant attraction at Dashashwamedh Ghat is the grand Ganga Aarti which takes place every evening. This aarti – a ritual of offering prayer to the Ganges river is held daily at dusk. Several priests perform this ritual by carrying diyas and moving them in circular and semi-circular motion to a rhythmic tune of bhajans.

Special aartis are held on Tuesdays and on religious festivals. The Ganga Aarti starts soon after sunset and lasts for about 45 minutes. In summer the Aarti begins at about 7 p.m. due to late sunsets and in winter it starts at around 6 p.m. Hundreds of people gather at the ghat every evening to watch this spectacular sight. A visually stunning performance, the Aarti leaves a long lasting impact on viewers.

Thousands of earthen lamps are immersed in the waters of the holy Ganges after the Aarti. Floating lanterns illuminate the river creating a memorable sight that few can forget.