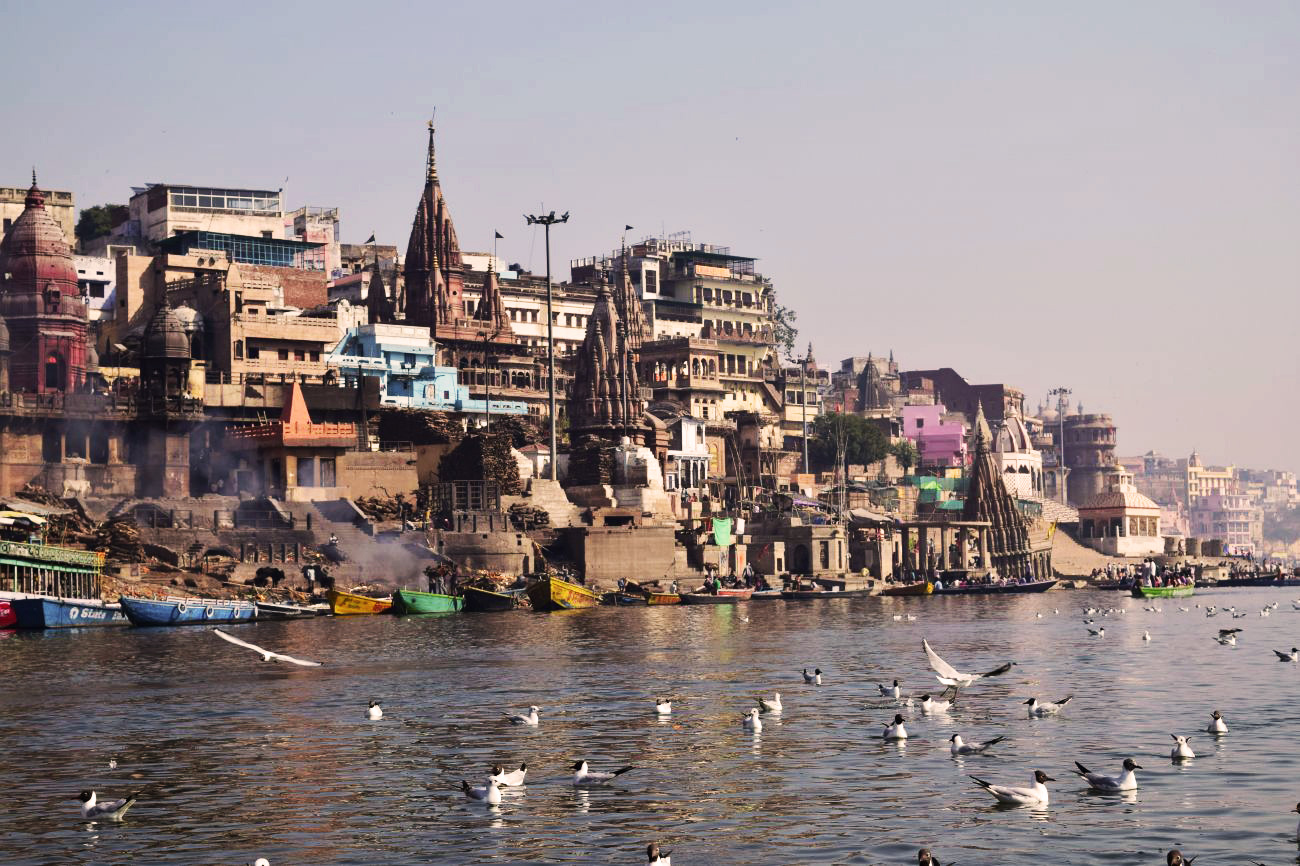 Of the 87 well-known ghats of Varanasi Assi Ghat is one of the most prominent.

Assi Ghat, also known as Saimbeda Tirtha, is the southernmost ghat of Varanasi. Situated at the confluence of Ganga and Assi rivers, Assi Ghat finds a mention in numerous ancient Hindu scriptures like Matsya Purana, Agni Purana, Kurma Purana, Padma Purana and Kashi Khanda. Legend says that upon slaying the demons Shumbha-Nishumbha, Goddess Durga threw her sword away. Her sword fell on earth with full force piercing through the ground and creating a stream of water, which later came to be known as Assi River.

It is also believed that Tulsi Das wrote the epic Ramcharitmanas on this very spot. Assi Ghat is today one of the most prominent ghats in Varanasi, and thousands of Hindu pilgrims take a holy dip here on important occasions like Grahan, Dussehra, Probodhoni Ekadashi, Makar Sankranti, etc. Hindus believe that it was at Assi Ghat that Tulsidas left for his heavenly abode.

Assi Ghat, is the southernmost ghat in the sacred city, positioned at the confluence of the Assi river and the Ganges. Gaining its importance from history and mythology, Assi Ghat is also a spot frequently visited by researchers, writers, and tourists. Many of them live along the river on the ghats during their visit to Varanasi. Assi Ghat which is at the end of a long and continuous line of ghats is a favourite site for painters and photographers.

Local festivals are celebrated with gusto at Assi Ghat while it continues to be a preferred spot for outings and change of air. On a normal day an average of about 300 people visit the Ghat every hour in the mornings, and on days of any festival anything around 2500 people arrive per hour. On major festivals like Shivratri the Ghat accommodates a whopping 22,500 (approx.) people at one time.

There is an activities galore at the ghat. Spoilt for choices, visitors can sail in the river on long soothing boat rides, go up in a hot-air balloon for an aerial view of Assi Ghat, soak in the daily talent show in the evening or pander to their tastes at one of the many restaurants and cafes in the area.

So whether it is spiritual solace, a spectacular view of the ever flowing Ganga or some touristy fun, Assi Ghat has something to offer to everyone.